We do not know exactly when this photo was taken but we have reason to believe it was 1907. Unfortunately, none of the names were known but some families have identified relatives and working from the old register books we have a list of the children who could have been there.

On the right of the picture, partly hidden, is the teacher, Miss Martha Johnston and moving to the left the fourth boy in the back row is Arthur Stutt. In the same row, second from left side of the picture is Thomas Murray (Killygorman). Directly in front of him is Minnie Irwin (Kilridd) and the second girl to the right of her is her sister Arabella. At the left of the picture in the next row, the first girl may be Harriett Stutt. Beside her is Lily Doonan (Killyliffer) and her sister Sarah is in front of Miss Johnston. In the front row the three little boys on the right, are Nathaniel, William and Samuel Doonan of Drummons. Their elder sister, Bessie, could be in the picture too.

On the left of this row is Thomas Johnston (Tonitygorman) and third from the left in the row behind is his brother Hugh.

In the front row of girls, on the left there are three with darkagAG dresses and lace collars. The third one from the right is, we think, Anna Emily Johnston, (Coolnamarrow) and the two on the right and two girls in the row behind similiarly dressed, may be Lily and May Murray (Killygorman) and Addie and Lily Murray (Killylacky).

If you can identify anyone in the picture we will be delighted to hear from you. 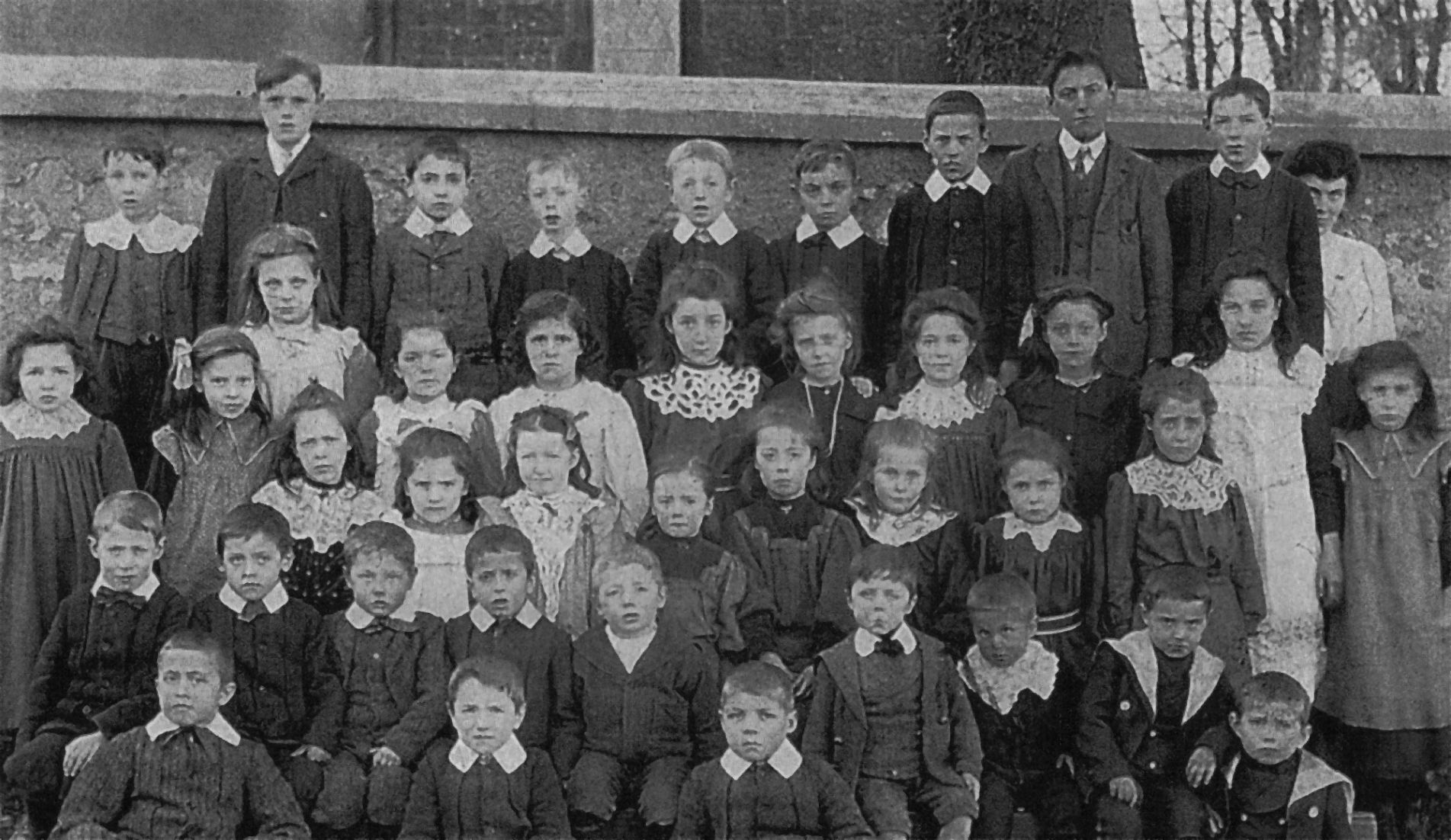