From FermanaghRoots.com
(Redirected from Arnotts Grove)
Jump to navigation Jump to search

This townland was settled and named after the Arnot family. We are not sure of its original name, however given the close family connection to Tonitygorman it may be part of this townland.

This townland is tucked in between the larger townlands of Rossbrick and Loughgare and originally the lane way to it was from the Golan Road through Rossbrick but the present resident has made a new laneway out unto Drumaa Lane which gives him access to the New Line / Dernawilt Road.

The following is an extract from a survey of the North-West Division of Clones Parish. 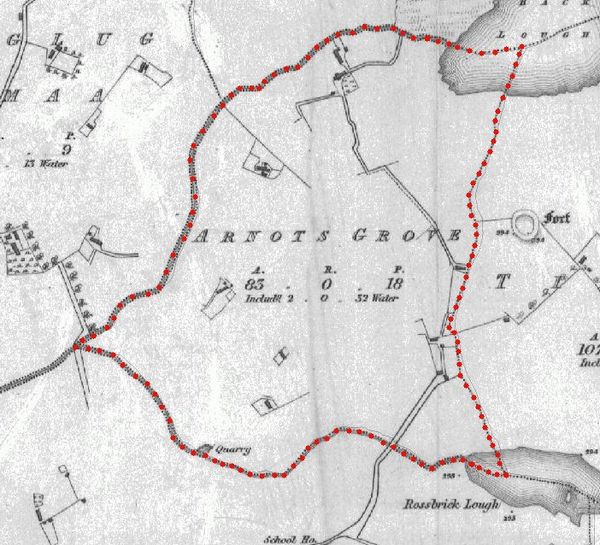 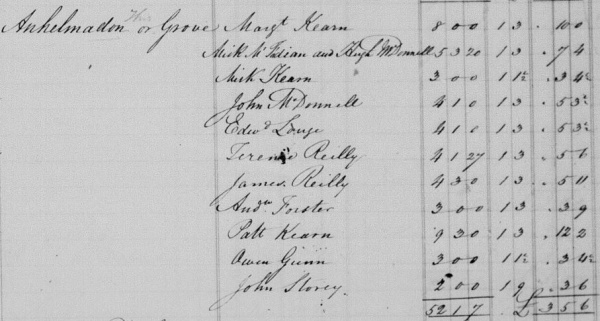 Its interest to note that this entry gives a clue to the old name of Arnots Grove. The Tithe Applotments call this townland "Anhelmadon" and a small note can be seen above the or, questioning the name!! I wonder did the writer of this think it was "His Grove" and assume Anhelmadon was a person?