Maguiresbridge (Irish: Droichead Mhig Uidhir) is a small village in County Fermanagh, Northern Ireland. The village is named after the bridge (over the Colebrooke River) first built by the local Maguire family.

Maguiresbridge is developing rapidly and with the construction of four new housing developments in the area totaling over 350 new properties. The population is now estimated to be over 1,500 as opposed to the 770 total in the 2001 Census. New shopping outlets have been constructed in Maguiresbridge to serve the growing population. 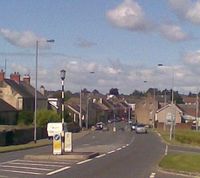 Road leading into Maguiresbridge from Lisnaskea

Maguiresbridge is classified as a small village or hamlet by the NI Statistics and Research Agency (NISRA) (ie with population between 500 and 1,000 people). On Census day (29 April 2001) there were 774 people living in Maguiresbridge.

At the turn of the last century, Maguiresbridge was served by four different railway systems which stretched throughout Northern Ireland. Maguiresbridge and Clones were two of the major junctions from Derry, Omagh, and Belfast into north Leinster. 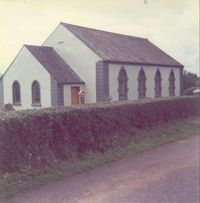